Outline of the case

We filed a U.S. federal estate tax return in conjunction with an inheritance tax return in Japan for the death of a Japanese national who owned several tens of millions of yen in an investment fund established in the United States.

When a foreign national without U.S. citizenship or domicile dies leaving an estate in the U.S., a U.S. Federal Estate Tax Return must be filed with the Internal Revenue Service (IRS) within 9 months of the date of death. The federal tax return must be filed on Form 706-NA. The filing period in the U.S. can be extended for six months by filing a Form 4768. When a foreign national dies leaving an estate in the U.S., a federal estate tax of approximately 40% will be imposed on the estate in excess of $60,000. However, Japan and the U.S. have a Japan-U.S. Inheritance Tax Treaty, so if the decedent is a Japanese citizen, he/she is entitled to the same large tax deduction ($11.4 million in FY 2019) as a U.S. citizen. The difference between the U.S. and Japan inheritance tax treaties is significant. In order to be eligible for the Japan-U.S. Inheritance Tax Treaty, a federal estate tax return must be filed within the filing period. Many Japanese fail to follow this filing procedure and are therefore at risk of incurring significant estate tax liabilities. The Japanese inheritance tax law provides for the avoidance of double taxation, which means that taxes paid overseas can be deducted from the amount of taxes due in Japan.

A case of drafting a non-disclosure agreement in English wit… 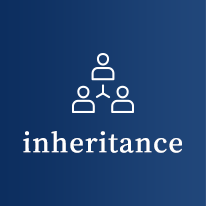 Succession of Swiss assets for Japanese …