In many cases, a company will consider the dismissal of a director, such as when there is a disagreement with the representative director on management policy, when the number of directors needs to be reduced due to downsizing of the company’s business, or when a director causes damage to the company by committing a misconduct. Therefore, this paper will explain when a director can actually be dismissed, what procedures should be followed in the case of dismissal, and whether there are any risks involved if the dismissal procedure is taken.

When a director is dismissed, the fact of the dismissal will be entered in the company’s register. Financial institutions and business partners may be concerned that the company is involved in a dispute that cannot be resolved through discussion. Therefore, before dismissing a director, it is advisable to first set up a meeting to discuss the matter with the director in question and negotiate with him or her to stop in the form of resignation.

When a director may be removed

A director can be removed from office at any time, for any reason, by a resolution of a general shareholders meeting (Article 339, Paragraph 1 of the Companies Act). The contractual relationship between a director and the company is subject to the provisions regarding delegation (Article 330 of the Companies Act), and the delegation contract may be terminated by each party at any time (Article 651 of the Civil Code). In addition, since directors have a delegated relationship with the company, they are not considered workers, and labor-related laws and regulations do not apply to the dismissal of directors. However, as described below (“5.1 Claim for Compensation for Damages by Dismissed Director”), it is important to note that the dismissal of a director is governed by the Companies Act.

There are two ways to dismiss a director: by resolution of dismissal at a general shareholders meeting or by filing a suit for dismissal. Each of these procedures is explained below.

By resolution of dismissal at a general meeting of shareholders

Dismissal resolution of directors at a general meeting of shareholders

Method by appeal for dismissal

Another way to dismiss a director is for a shareholder to file an action for dismissal of the director with the court and win the case (Article 854 of the Companies Act). This action can be filed within 30 days from the date of the shareholders’ meeting when a proposal to dismiss a director is rejected at the shareholders’ meeting despite the director’s misconduct or violation of laws, regulations, or the Articles of Incorporation in the performance of his/her duties. The shareholders who can file this action are limited to those who have held shares representing at least 3% of the total voting rights or the total number of shares issued and outstanding for six months prior to the filing of the action (in the case of a privately held company, the holding period is not a requirement).

In an action for dismissal, not only the director to be dismissed but also the company becomes a defendant (Companies Act, Article 855). The company must respond to the dismissal of the director if it loses the lawsuit.

Risks of dismissing a director

Claims for damages from dismissed directors

As mentioned above, a company may dismiss a director at any time by a resolution of a general meeting of shareholders. However, if there was no “justifiable reason” for such dismissal, the dismissed director may claim compensation from the company for damages caused by the dismissal (Article 339, Paragraph 2 of the Companies Act) As a general rule, a claim may be made for the amount of remuneration that should have been earned during the remaining term of office (Osaka High Court decision, January 30, 1981).

Countermeasures against a director to be dismissed

Procedures after dismissing a director

When registering the appointment of a successor director at the same time, the following documents are also required in addition to the above: (1) application form for registration of change of director, (2) minutes of shareholders’ meeting (resolution for appointment), (3) list of shareholders, (4) letter of acceptance of appointment, (5) letter of attorney, (6) certificate of identification (in the case of a company with a board of directors).

If a dismissed director owns shares in the company, he/she may exercise his/her rights as a shareholder even after his/her dismissal, which may hinder the operation of the company. Therefore, it is possible to purchase the shares from the dismissed director. In purchasing the shares, the company will negotiate with the directors regarding the purchase price and other matters.

Services our firm can provide 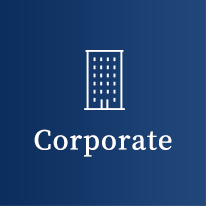 System for Electronic Provision of Mater…

Authority and Convocation Procedures for…