The Foreign Corrupt Practices Act (FCPA) is a U.S. federal law consisting of anti-bribery and accounting provisions. Although a U.S. federal law, the FCPA’s anti-bribery provisions have a very broad scope of regulated activities, corporations, and individuals, and are actively enforced against foreign corporations and foreign nationals, including Japanese companies and Japanese nationals.

Examples of Bribes Prohibited from Being Offered

For example, bribes prohibited under the FCPA are not limited to cash, but also include anything of value, such as sports cars, fur coats, and other expensive items. The FCPA may apply to cash, even if it is in the name of travel, entertainment, etc. The guidelines below cite the use of $10,000 in food, beverage, and entertainment expenses as an example of improper use.

(1) Offering or promising bribes to foreign officials in order to obtain their own business;
(2) Failure of a U.S.-listed company to accurately record the details of its transactions in its books of account.

Who it applies to (extraterritorial application)

Cases over which the U.S. has jurisdiction

The FCPA may also apply to cases in which the U.S. has jurisdiction. For example.
(1) When a bribe is paid in U.S. dollars through a U.S. bank;
(2) When part of the conspiracy or commission of a crime is committed in the U.S.

FCPA Cases Relating to Japanese Companies and Their Employees

Bridgestone Corporation paid a $28 million fine in connection with bribes to public officials in Argentina, Brazil, and other countries, and its general manager paid an $80,000 fine and was imprisoned for 24 months in connection with the case <Marine Horse case>.

On November 11, the Aichi Prefectural Police Investigation Division 2 arrested a former senior managing director of Futaba Sangyo, a major automotive muffler manufacturer, on suspicion of violating the Unfair Competition Prevention Law (bribery of foreign public officials) for giving cash and other payments to local government officials in order to gain favors for his business in China. The suspect was a director in charge of Futaba Sangyo’s office equipment business in China from 2003 to 2009, and served as a representative of a local corporation. According to the Investigation Section 2, he admitted the charges and stated that he gave Futaba the local currency and bags in the hope that Futaba would make favorable arrangements for him. The suspect was arrested around mid-December 2007 at a Chinese restaurant in Dongguan City, Guangdong Province, China, on suspicion of providing food and beverage entertainment and giving tens of thousands of Hong Kong dollars in cash and women’s bags to a local government official overseeing violations by foreign companies. Prior to the bribe, Chinese customs officials had noted illegal activities in the business of Futaba Sangyo’s local subsidiary.

In August 2008, the former president of Pacific Consultants International, Inc. (“PCI”) were arrested on suspicion of violating the Unfair Competition Prevention Law (bribery of foreign public officials), and were indicted together with PCI as a corporation in the same month. On November 11, 2003, the first trial in this case was held, and in December 2003, PCI was indicted as a legal entity on charges of bribing an official of the Water Environment Management Bureau of the East-West Highway in Ho Chi Minh City, Vietnam, to accept an order from the said Bureau for consulting services related to a project that PCI had been ordered by the Bureau. In December 2003, PCI admitted to the indictment that it provided US$600,000 in cash to a senior official of the Water Environment Management Bureau of the East-West Highway in Ho Chi Minh City, Vietnam, as a reward for receiving an order for consulting services for the project, and in August 2006, it provided US$220,000 in cash to the same official for the same purpose. In parallel with the trial of the PCI case in Japan, an investigation is underway in Vietnam under the leadership of Prime Minister Dung. The Director of the Ho Chi Minh City Department of Business Administration, who is alleged in the indictment to have taken bribes in the PCI case, was suspended from his duties as of November 19, 2008. On December 9 of the same year, the Ministry of Public Security initiated prosecution proceedings, i.e., a formal investigation under Vietnamese law. The defendant, who at the time was also Chairman of the Committee for the Management of East-West Highway and Water Environment Projects (PMU) and Deputy Director of the city’s Department of Transportation, was arrested last February as the bribe taker in the case. According to the prosecution’s allegations, the defendant received US$262,000 in bribes from PCI in 2003 in return for receiving orders for design consulting and construction supervision. The bribe amount was equivalent to 10% of the design consulting order (US$900,000) and 11% of the construction supervision order (US$1.7 million). Mr. Kato would meet PCI employees over dinner and karaoke, and when PCI offered him an opportunity to win an order, he would propose a bribe amount and then negotiate an appropriate amount. After being offered favors by PCI to obtain orders, he was alleged to have played an active role in the bribery by suggesting the amount of bribes and agreeing to the appropriate amount. The bribe of US$262,000, which is the subject of this trial, was allegedly handed over in person on May 28, 2003, by two persons, former PCI Managing Director and former Hanoi Office Manager in charge of the East-West Highway project, who visited the defendant’s office. The two men visited the defendant’s office and handed the money to him in person. Mr. XXX visited Vietnam from Japan in order to hand over the cash. On April 16, the prosecutor’s office pointed the finger at the defendant, saying, “The defendant has been involved in personal gain and has caused the loss of trust and credibility of the government’s business. The prosecutor’s office requested that the sentence be reduced to life in prison with the first degree of leniency, saying, “Although the maximum penalty for bribery is death, the defendant’s contribution to society has also been recognized. In March of this year, the defendant was convicted of abuse of authority for illegally leasing a state-owned house in District 3, Ho Chi Minh City to a PCI, and was sentenced to six years in prison. The defendant was sentenced to life in prison together with the current sentence. In the same trial, Mr. ●, who was vice-chairman of the East-West Highway and Water Environment PMU, was also sentenced to five years in prison.

(Sample)
The Parties agree that, at all times in connection with and throughout the course of the Contract and thereafter, they will comply with and that they will take reasonable measures to ensure that their subcontractors, agents or other third parties, subject to their control or determining influence, will comply with Part I of the ICC Rules on Combating Corruption 2011, which is hereby incorporated by reference into the Contract, as if written out in the Contract in full.

(Sample)
Each Party agrees, on behalf of itself, its officers, directors and employees and on behalf of its Affiliates, agents, representatives, consultants and subcontractors hired in connection with the subject matter of this Agreement (together with such Party, the “Party Representatives”) that for the performance of its obligations hereunder, the Party Representatives shall not directly or indirectly pay, offer or promise to pay, or authorize the payment of any money, or give, offer or promise to give, or authorize the giving of anything else of value, to any Government Official in order to influence official action.

(Sample)
Party Representatives shall not, directly or indirectly, solicit, receive or agree to accept any payment of money or anything else of value in violation of the U.S. Foreign Corrupt Practices Act, as amended, the UK Bribery Act 2010, as amended, or any other applicable anti-corruption laws and laws for the prevention of fraud, racketeering, money laundering or terrorism.

(Sample)
None of the Company or any of its Subsidiaries or any of their respective directors, officers, employees or, to the Company’s Knowledge, agents or any other Person acting on their behalf has directly or indirectly made any bribes, rebates, payoffs, influence payments, kickbacks, illegal payments, illegal political contributions, or other payments, in the form of cash, gifts, or otherwise, or taken any other action, in violation of the Foreign Corrupt Practices Act of 1977, the UK Bribery Act of 2010 or any other anti-bribery or anti-corruption Law (collectively, the “Anti-Bribery Laws”). Neither the Company nor any of its Subsidiaries is or has been the subject of any investigation or inquiry by any Governmental Body with respect to potential violations of Anti-Bribery Laws.

(Sample)
Neither of the parties hereto or its directors, officers, employees, agents, consultants, subcontractors or outsources shall make any payment or give anything of value to any government official (including any officers or employees of any government department or agency) to influence his/her or its decision, or to gain any other advantage for the parties in connection with the performance of this Agreement. 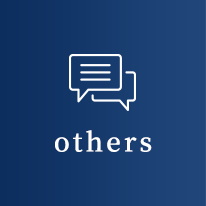 Advance notification for inward direct i…