Violation of the Unfair Competition Prevention Law by “Kappa Sushi’

Violation of the Unfair Competition Prevention Law by “Rakuten Mobile”

In the past, a former employee of Rakuten Mobile was arrested for violation of the Unfair Competition Prevention Law for illegally obtaining technical information on the “5G” high-speed communication standard from SoftBank, a competitor where he worked before changing jobs. SoftBank claims that it has a right to claim 100 billion yen in damages from Rakuten Mobile, and is currently filing a lawsuit claiming a portion of that amount.

What is a trade secret?

Requirements for Protection as a Trade Secret

To be protected as a trade secret under the Unfair Competition Prevention Law, information must meet the three requirements of confidentiality, usefulness, and nonpublicity.

Usefulness means that the information is useful business or technical information. The existence of usefulness is judged in light of socially accepted ideas. Examples of information that is considered useful include customer information, supplier information, blueprints, manufacturing methods, programs, and experimental data.

The reason why the Unfair Competition Prevention Law protects trade secrets is that they are the source of a company’s profits, the accumulation of many years of corporate efforts, and that once leaked, they are difficult to recover. If information is leaked by a retiree to a new employer, as was the case in this case, the company may suffer damages that are difficult to recover. Therefore, it is important for companies to take firm measures to prevent confidential information from being leaked to competitors and other parties.

Below are some specific measures to be taken.

However, it is not necessary to label each sheet of paper or each electronic file as a trade secret or general information, and it is considered to be a sufficient measure for reasonable classification if the label is placed on each file if it is paper, or on each access right if it is electronic media, such as a folder on an internal LAN.

Measures to clarify that the subject information is a trade secret

In the case of paper-based documents, it is considered that the possibility of employee recognition of the intention of confidentiality management can be secured by indicating on the document that it is a secret, such as “Secret” or the like. In addition, instead of labeling individual documents and files as confidential, storing them in a lockable cabinet or safe may also be considered as a means of ensuring employee recognizability.

Establishment of employment regulations and conclusion of nondisclosure agreements

An effective measure would be to stipulate in the employment regulations a provision on confidentiality and a disciplinary action to be taken against any employee who divulges trade secrets.

Another effective measure would be to conclude a nondisclosure agreement or written pledge with the employee during his/her employment, imposing an obligation to maintain confidentiality of trade secrets.

Implementation of training and seminars on information management

Another possible measure would be to change the management level of trade secrets according to their level of importance, for example, to allow access to particularly important confidential information among trade secrets only to certain employees and officers. For employees and officers who have access to particularly important confidential information, it is also effective to provide special training sessions on information management in addition to training sessions for general employees, etc., to raise their awareness of the importance of information management.

It is possible that employees, etc., may take out trade secrets to competitors, etc., knowing that the information is confidential. Therefore, a company must also take measures to prevent employees from intentionally taking out trade secrets.

However, unlike in the case of electronic media, it may be difficult to forcibly restrict access to information in the case of paper media unless physical measures such as locking are taken with respect to trade secrets. Therefore, in order to prevent the intentional removal of trade secrets, it is advisable to consider establishing an information management system using electronic media rather than paper media.

In the case of electronic media, changing passwords for each personnel change or resignation, changing mailer settings to restrict forwarding to private e-mail, and physically disabling USB or smart phones from being connected may be effective measures to prevent the intentional removal of trade secrets.

Measures that can be taken before information leakage

When trade secrets are in paper form, there is a possibility that the detection of information leaks will be delayed compared to electronic media, where data removal can be checked using access logs and security software. Therefore, a possible measure for companies would be to switch to electronic media, which is easier to check the data taken out of the company.

When the information leaker has not retired

When the information leaker has resigned

In the event of a leakage of trade secrets by an employee, etc., a company may first send a content-certified mail. Next, as civil measures based on the Unfair Competition Prevention Law, the company may demand an injunction against the leakage, compensation for damages, or measures to restore confidence in the company. In addition, as a criminal measure, a criminal complaint may be filed.

In doing so, it is important to state in detail what kind of claims and measures are contemplated in the event that the trade secrets taken out of the company are leaked outside the company. By stating the amount of high damages you are planning to claim or the fact that you are planning to file criminal charges, etc., this will serve as a more effective warning and increase the possibility of preventing the trade secret from being leaked outside the company.

If a business interest is infringed or threatened to be infringed by the divulgence of a trade secret, etc., a claim for injunction, prevention of infringement, or destruction of the trade secret may be filed against the infringer (Article 3 of the Unfair Competition Prevention Law).

In addition, if the infringement of business profits by an act of unfair competition has already materialized and there is a possibility of significant damage if the infringement is left unchecked, or if there is a sense of urgency, a preliminary injunction may be filed to stop the infringing act. This will allow the party to seek a stay of the trade secret leakage until the injunction request is granted.

Claims for Compensation for Damages Related to Information Leakage

A company whose information has been leaked may claim damages against the leaker or the company to which the information was leaked for damages suffered as a result of the trade secret infringement. The Unfair Competition Prevention Law provides for a presumption of the amount of damages to ease the burden of proof, making it easier to prove the amount of damages compared to ordinary claims for damages.

Claim for Restoration of Credit

When a company’s business reputation is damaged due to the leakage of trade secrets, the company that has suffered the information leakage may demand that the leaker take measures to restore the company’s reputation, such as advertising an apology.

The unauthorized acquisition, use, or disclosure of a trade secret for the purpose of gaining an unfair advantage or causing damage to the owner of the trade secret is subject to imprisonment for up to 10 years or a fine of up to 10 million yen (or both) (Article 21 of the Unfair Competition Prevention Act).

In addition, property and other assets resulting from the infringement of trade secrets may be confiscated from the leaker and the corporation (when both penalty provisions are applied) at the discretion of the court, without any upper limit (Article 21 of the Unfair Competition Prevention Law).

Services our firm can provide

In consultations regarding measures to prevent the leakage of trade secrets, we will ask about the company’s current measures to prevent the leakage of confidential information and consider possible future measures and modifications to employment regulations and nondisclosure agreements. If the employee who leaked the information has not yet resigned from the company, we will also support the preparation of a statement of interview and confirmation from the employee. 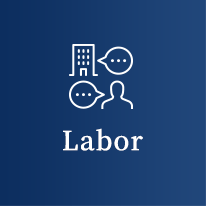 Classification of Status of Residence

Preparation and Checking of Employment Regulations