IT companies and mail-order sales companies are considered to be industries where competition is intense due to the lack of special barriers to entry, and it is difficult to secure a certain level of sales unless the company has special products, technologies, or sales networks. However, even in such an environment, some presidents have increased sales and profits, and have earned large capital gains in the sale of their businesses through mergers and acquisitions. The following case study is a hypothetical example, but it shows that M&A has a high potential for success in an industry where the market environment is changing rapidly.

Mrs. A’s company is unique in that its cost of sales is low in relation to its net sales, its operating income is remarkably high, and although it has not been in business for a long period of time, its sales have been increasing year by year. Company B, a major mail-order sales company, has made an offer to acquire Mrs. A’s company. The problem is how to value a company like Mrs. A’s company, which has made significant profits in recent years. There are various methods of valuing shares, so it is necessary to consider which method is most appropriate in this case.

This is the most common valuation method used in M&A of small and medium-sized companies, in which certain adjustments are made to the target company’s balance sheet to meet the objectives of the M&A, and the net asset value of the target company is calculated from the adjusted balance sheet. That amount, plus goodwill, is the acquisition price. Since the valuation is based on the assets accumulated in the company, it is also referred to as the cost approach. In this case, however, the net assets accumulated in the company are not that large, and the emphasis should be placed on how to value the increase in sales in recent years.

Taxation of Gain on Stock Transfers

When a company’s representative rapidly expands the company, as in this case, the company’s sales and sales strategies are extremely dependent on the representative’s abilities, and the acquiring company often requests that the representative continue to be involved in the company’s management as a representative (or as an advisor). In such cases, Mrs. A should clearly state the conditions under which she will be employed by the acquiring company (e.g., as an advisor to the former company, she will work for the company at least three days each week for at least six months after the completion of the acquisition to cooperate in sales policies and marketing activities, the company will pay Mrs. A ¥2 million per month in compensation for her labor, etc.).
The above is an explanation of an M&A of a company that has significantly increased its earnings based on a case study of a mail-order sales company, but the acquiring company also has significant advantages, such as the ability to instantly increase its own sales and to bring in people with outstanding sales policies and strategies to increase sales of its products. This is a major advantage. Therefore, similar M&A transactions are often conducted not only in the mail-order business using the Internet or TV shopping, but also in IT-related companies and restaurant chains.
In the cases we have handled, unlike business succession or revitalization-type M&A, young managers who have grown their companies in their own lifetime have sold their companies and used the proceeds to consider the next investment target, or have used M&A from a proactive perspective to gain access to a listed company to enable greater sales or research and development. In the U.S., more and more people are thinking of selling their companies to obtain a large amount of funds from the sale, retire early, or increase the size of their assets by making the next investment.

Cases of substantial business transfer by way of incorporati…

A case in which we assisted an Italian company in organizing… 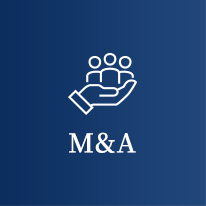